Creek and Hulls on target in 3-point shootout 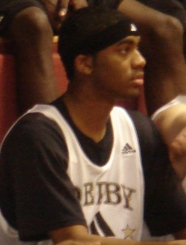 In total, four players advanced to the finals of the event which will be held at halftime of Saturday’s Derby Festival Classic game.

Dunk contest: Creek and Christian Watford both participated in the preliminary round of the dunk contest, but neither advanced to Saturday’s final.