The Morning After: Michigan, or clapping alone 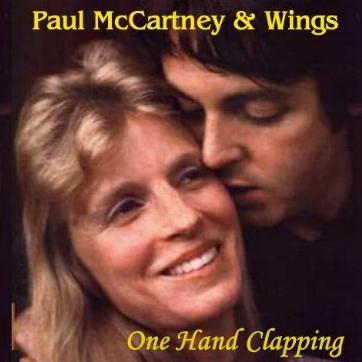 Hey, so that was fun, right?

Haha, just kidding! That wasn’t fun at all! That was precisely as much fun as a rusty ballpeen hammer to the eye socket, only less violent, so long as you don’t count “throwing an empty can of whatever stupid health drink I’m swilling these days across the f–king room” as violence. The only thing that could have made last night’s second half less fun was if Tom Hamilton and Shon Morris were screaming and rattling off stupid one-liners, respectively, throughout the entire godforsaken telecast. Oh, wait. They were.

I mean, really, where to start? With IU’s brilliant, peerless, unbelievable and unlikely first half? With Michigan’s inversely horrible one? With the Hoosiers’ slow descent in the second half? With the way Michigan gradually edged their way back in the game — not at all once, but with the methodical surety of a team absolutely confident of their superiority?

Instead I’ll start (this is sort of a start I guess; the actual start, as you likely noticed, was the angry diatribe at the top of the post) with halftime. Right in the middle, before the flood. IU was winning by a margin I’d honestly rather not recount. A few seconds after the buzzer sounded for halftime, I found myself doing something peculiar: clapping. To myself. This isn’t exactly rare; it happens every time I get even marginally excited about beating some snotty Brit in FIFA 09. But I did catch myself, and stop for a second, and pay attention to my computer again, and think, and that’s when it hit me:

I knew — could feel — that at the very least, Michigan would come back. It wouldn’t last, this success. Michigan would start hitting shots and IU would start missing them and the weird little turnovers Michigan was making would stop, and John Beilein would ramp up the 1-3-1, and whether it happened slowly or quickly or sooner or later the 2008-09 Hoosiers would play like the 2008-09 Hoosiers and bad things would happen. And they did.

Such is life as an IU fan this year. No lead is safe. No success is unblemished by the potential of future failure. And when the Hoosiers do win a Big Ten game, it won’t change this season’s general trajectory. (It will be bloody fun, though.)

I had a whole bunch of little stats and observations I was ready to share, as if to lend some insight, but really, what insight is there to lend? It’s not a marginal thing you can dissect. IU played really, really well in the first half. They made shots. They made so many shots they still turned the ball over a bunch and it didn’t really matter as much. They shot and passed and worked the ball and Michigan didn’t do any of those things, and that was awesome. And then in the second half, they didn’t entirely stop doing those things, but gradually so, and man, you watched the game, right? You saw it.

(I’ll just add, as a general observation, that I’m starting to love Tom Pritchard, and that Devan Dumes is by far the most frustrating player I’ve ever watched, let alone rooted for. You can see the talent there. You know it exists. And every time he does something good, whatever demon sits on Dumes’ shoulder that tells him, “hey, Devan, you know what would be cool is if you ran at the hoop with reckless abandon right now, or shot that stupid 25-foot three, yeah, do it Devan go GO GO DO IT WILL BE FUN,” and Dumes listens. Devan: Stop. Think. Take like one-eighth of a deep breath. Give the demon time to talk himself to death; trust me, he doesn’t need long. After that, do what you must. That’s all I ask.)
———–

No, instead, I’d like to say a few words about Big Ten Network broadcast partners Tom Hamilton and Shon Morris. First, Hamilton:

Tom, hi. Eamonn here. Can I ask you a favor? Just between you and me, and the people that read this blog? Cool. Stop shouting. Stop thinking everything is awesome. When Gus Johnson does it, it’s great; when you do it, it is quite possibly the most annoying thing in the world. Even in the first half, when my favorite college basketball team was playing better than they have played (or might play) all year, you were ruining my experience. A little turnaround jumper is not AN AMAZING SHOT. Michigan’s comeback was not INCREDIBLE. It was to be expected, at least in some regard, and if you didn’t expect it you were broadcasting a game featuring two teams you knew nothing about. Which is worse?

Shon. Hey, Shon. I’m not even going to make fun of your name, dude. I’d prefer to focus on the merits here, and I’ve got to be honest: You occasionally said some insightful things last night. Occasionally. Unfortunately, you liked to punctuate them with what seemed to be prerehearsed lines — and if they seem prerehearsed, they probably are — like “100 percent? I can’t even get 100 percent on a blood test!” Oh, man, the jokes to be made here, Shon. But look, I’m refraining! I assure you, it isn’t easy.

I’m holding back, because I want to be your friend, Shon, and that’s why I tell you this: Stop it with the shtick, and don’t say silly things. There are guys that pull of the college basketball shtick, and there are guys that don’t. Look at Jay Bilas. Dude has no real charisma to speak of, but he’s solid enough and so people don’t mind when he’s covering their games. You don’t need shtick (“Onions!” “Baybee!” etc.) to be a good color guy. Just talk hoops, and be good at it. (Hint: It doesn’t help to tell IU fans that IU will be a Top-3 home court team in the Big Ten this year. I like to remain optimistic, but c’mon, dude.)

Cool? Cool. With my advice, I have no doubt you guys’ll … still not be very good at broadcasting. But this is the Big Ten Network. “Not very good” would be a huge step in the right direction.

Funny, but that last sentence goes for IU, too. Not very good. I’d take that. For a half, we were very good, and it gives me hope. But 20 minutes of “very good” does not a program make. As we found out last night, if you couple it with 20 minutes of “horrible,” it doesn’t even win you a Big Ten game.