The Morning After: A brief time of sincerity 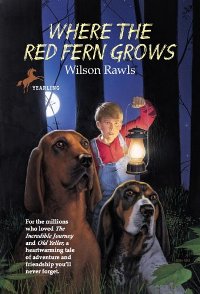 Usually, The Morning After is a combination of the following:

1. Me talking about basketball in a barely informed fashion, including but not limited to offensive sets, efficiency, tempo-free/possession-related statistics, and how irritating it is when people take too many bad shots, or

2. Why the Big Ten Network sucks.

3. Why Player X is incredibly interesting to me, even if that player isn’t particularly effective. Last year: Eli Holman.

You get the idea. Even better if you’re a regular reader, you know the idea. Unfortunately, today’s TMA will not look much like the idea.

Why? Let me tell you about my Wednesday night.

Somewhere in all that, I got a little bit sad. Not too sad. It’s just basketball, after all. I didn’t get overwhelmingly, crushingly, end-of-Where-The-Red-Fern-Grows sad. Like I said, it was just a little bit. But it was sadness all the same.

What happened? I’m not too sure, but this is what I think. I think I realized, for the first time, just how bad this team could be. I realized that no matter how well-coached this team is, how hard they try, or how much they care, they are going to be inferior in nearly every way to nearly every team they play against, and with few exceptions, they will lose.

It took me a little bit to get there. I knew they would be bad, sure, but how bad? How to gauge it? The first few games, against supposed cupcakes, don’t tell us anything; they’re as useless as preseason football. I didn’t get to see much of Maui, because I was on vacation. I saw scores, but I didn’t see the games, you know? I couldn’t actually witness it with my own two eyes. Last night, I could. I did. And it was way, way worse than I thought.

I know I’m being overdramatic here. It’s bad, but it’s not that bad. There is some talent and potential scattered throughout IU’s lineup. It’s not desolate. But it is bad.

Which is why I’d like to make a humble proposal, both to myself, and to everyone else who made it this far down the page, because I’d imagine you care about this stuff more than you probably should, like me:

Don’t be cynical. Allow yourself a soft spot. Enjoy the means, and not the end.

What do I mean by that? Let’s see if I don’t butcher this analogy.

ESPN is an annoying network. It’s filled with people that irritate me viscerally, with people that attempt to appeal both to the lowest common denominator and to the casual fan, because they know the hardcore people will stay no matter what. This is a place that continues to allow Chris Berman to crack the same jokes, over and over, time and again. It’s a place that took a great thing, SportsCenter, and stuffed it full of nonsense and screamers and people whose idea of football analysis is to laugh uproariously at things that aren’t funny. In almost every way — but of course not every way — ESPN annoys me.

This includes ESPN’s “I Wish” segments. You know the ones. They take the little kid and put Vaseline on the lens and do these sappy, supposedly heartwarming stories about children that are sick, and who get their one big wish thanks to the benevolence of ESPN. I don’t know. These shouldn’t bother me. They’re innocent enough. But they always feel creepy, like a small, insidious form of exploitation. If I was a little kid, the last thing I’d want to do is have the best day of my life filmed by ESPN. But that’s just me. I’m cynical like that.

So it goes for the saying “they play hard.” It shouldn’t bother me. It’s innocent enough. But I hate that saying. It’s so condescending and wrongheaded. Everyone plays hard, OK? With few exceptions, you can’t be a legitimate college basketball player or team or whoever without playing hard. I hate when people throw that around. I hate it like I hate ESPN’s soft-focus segments.

But I allow myself one exception to the ESPN soft-focus rule. His name is Jimmy V. Every year, I watch that speech, and I allow myself to be inspired. To be idealistic. To understand that yeah, you know what? That’s damn right: Every day is a gift, and we forget it too often. Cherish it. Work for it. Always do your best. Keep trying. Don’t give up. Never give up. The whole deal. It rips me to shreds every time.

So I’m going to try to apply that exception to this year’s Hoosiers. Will I get sick of hearing, constantly, as we did last night, that IU is disciplined and focused and gutty and gritty and hard-working, but gosh, if only they weren’t barely a mid-major in the talent department, they’d be good? Shucks, this team is just bad! Yes, I will grow tired. Very. But instead of getting angry about every time, instead of getting annoyed, I’m just going to suck it up. I’m going to avoid cynicism. And I’m going to remember that the whole point of watching is never just about wins and losses, that the means are often as much fun as the end, that every day — even a day as mundane as going to work and coming home and watching college basketball — is a gift.

At the end of the day, it’s still college basketball. It’s a gift. We might as well enjoy it while we can.