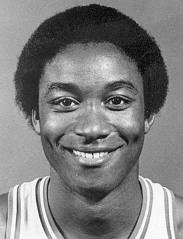 The ballots have been counted and it’s time for Inside the Hall’s countdown of the greatest Indiana players of all-time. Today: No. 3: Isiah Thomas.

The case for Thomas: Fortunately for Zeke, we’re not accounting for his abilities to run a NBA franchise. Instead, we’ll focus on his single season school record for assists (197), career 53% shooting from the field, two Big Ten championships and a NCAA championship in 1981.