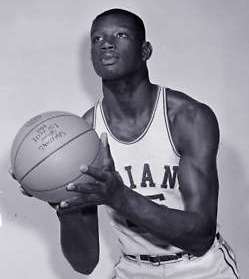 The ballots have been counted and it’s time for Inside the Hall’s countdown of the greatest Indiana players of all-time. Today: No. 4: Walt Bellamy.

The case for Bellamy: The No. 1 pick in the 1961 NBA Draft, Bellamy is second in IU history in rebounds and owns the IU and Big Ten record for rebounds in a game with 33. Bellamy was the team MVP in all three of his seasons in Bloomington and was inducted to the Naismith Hall of Fame in 1993.