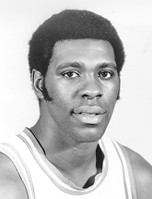 The ballots have been counted and it’s time for Inside the Hall’s countdown of the greatest Indiana players of all-time. Today: No. 6: Quinn Buckner.

The case for Buckner: The numbers aren’t gaudy for the floor general of the last undefeated team in college basketball, but there’s no denying his importance to four consecutive Big Ten championship teams. Buckner held the school record for assists until Michael Lewis broke it in 2000. (And if we were factoring in sideburns, Quinn would be higher on this list.)