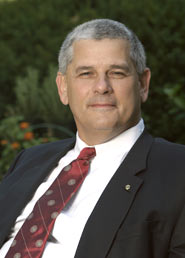 Forgive us for being a little late to the party on this — yours truly is under the weather — but both Hoosier Nation and The Hoosier Scoop have uncovered the severance package details for everyone’s favorite athletic director, Rick Greenspan.

Despite his involvement in the Kelvin Sampson scandal, Greenspan will leave Bloomington in December with a healthy severance package. He’ll get $369,000 on or around January 15, 2009 and $4,600 monthly in the calendar year of 2009.

And if that wasn’t enough, he’ll get $1,400 monthly on top of that in the event that he’s unable to secure “substantially equivalent employment.” (Translation: He’ll be getting this money as well.)

The only other item of note beside the legal lingo that says Greenspan can’t sue IU: He can write a book about the whole fiasco. It’s hard to say what the market for the said title would be, but you can be sure Richard has considered this or it wouldn’t be in the agreement.

Here’s a link to the five-page agreement.

Filed to: IU pays people a lot of money to leave, Rick Greenspan