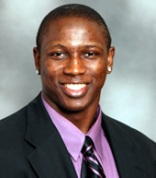 Updated: Emmanuel Negedu released from Letter of Intent by Arizona

According to a report in today’s Tucson Citizen, Arizona will make a decision on Emmanuel Negedu’s request for a release from his Letter of Intent:

Arizona Athletic Director Jim Livengood said that he and coach Lute Olson were in agreement over the decision.

“You just try to base decisions on the right thing to do. Regardless of what we do, we’re going to have the ‘nays’ and the ‘ayes.’ That’s part of the business. But everything we do is going to based on what is the right thing.”

This is where things could get interesting. If the release is granted, Indiana would certainly be interested in Negedu, who is a top 40 player in the 2008 class. Negedu played AAU with the Indiana Elite program and there are reports that his guardian is Mark Adams, who lives in Bloomington. Adams is a coach for Indiana Elite. Negedu is a native of Kaduna, Nigeria and played for Brewster Academy in Wolfeboro, New Hampshire last season.