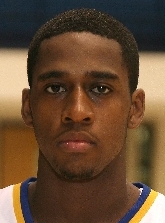 In front of a large gathering of his friends and family on Tuesday night at the Wheeler-Dowe Boys and Girls club in Indianapolis, Devan Dumes signed his National Letter of Intent with Indiana.

“It was a beautiful night really. It was a blessing from the Lord. I had a lot of support,” Dumes told Inside the Hall. “I had a whole lot of fun with my family and friends.”

“Once Coach Crean took over, they got in touch with me. We had conversations, got them some film and it went from there.”

Dumes had set up visits with the other schools he was considering, but decided to stay close to home and ultimately, his relationship with Crean was a big factor in his decision to come to Bloomington.

“It’s not too far from home and Coach Crean is an awesome person,” Dumes said. “It was really Coach Crean that sold it to me.”

Another big selling point for Dumes was the opportunity to play in front of friends and family that under normal circumstances wouldn’t have had a chance to see him play.

“For the next two years, I’m really excited because a lot of them (friends and family) don’t get to see me play because of travel expenses.”

As far as what you can expect out of Dumes the next two seasons in Bloomington, the Decatur Central product should bring versatility to the Indiana backcourt.

“I’m an all around player. I love to play defense, shoot the three and I’m a strong guard.”