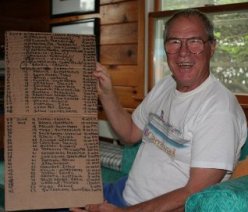 We’re essentially at the halfway point of the Big Ten season and that means it’s time to handicap the conference race and try to figure out how it’s all going to shake out.

Despite that last revelation, I’ve taken a look at the five teams with a real chance to win the league and provided their current league record, my prediction for their final record and Ken Pomeroy’s prediction for each team. If you’re not familiar with Pomeroy, I would suggest checking out his site at www.kenpom.com. It’s in the discussion for the best college hoops site anywhere if you like numbers.

Analysis: I flirted with picking a 15-3 finish, but ultimately I couldn’t pull the trigger on the Badgers losing at home to Michigan State or in Columbus to the Buckeyes. Even if Bo Ryan and company slip in one of the aforementioned contests (or perhaps at Illinois), a 15-3 record would likely assure at least a share of the conference title.

Analysis: Ah, our Hoosiers. Their recent play has been less than impressive and it only gets tougher the next four games. Most of us would be thrilled with a 14-4 finish, but my scenario assumes home wins over both Michigan State and Wisconsin, which will be no easy task. Probably a bit on the optimistic side, but I’m willing to roll the dice with Eric Gordon in my corner.

Analysis: I’m still trying to figure out how this team lost to Iowa and Penn State and well, I’m not getting anywhere. Pomeroy puts basically no stock in this team’s ability to win on the road and I echo that sentiment (until proven otherwise) with the exception of a win at Purdue. A 13-5 finish in one of the worst Big Ten’s I can remember is a disappointment for this talented squad that was once a trendy Final Four pick.

Analysis: As much as I respect Matt Painter’s young squad and believe they’ll be a contender for the Big Ten title a season from now, it’s not next season yet. Sure, they’ve played well so far, but five of their last eight conference games are on the road and losses are imminent. Luckily, they don’t have to play Wofford again.

Analysis: Not really a contender because they’re already two full games out of the race, but the Buckeyes will have a say in the crowning of a champion because five of their last eight games are against teams that do have a chance to win it (vs. Indiana, vs. Wisconsin, at Indiana, vs. Purdue and vs. Michigan State).

Now comes the fun part. You know, the part where you either say you agree with most of what I had to say or you can pull a Timmy and disagree with everything I say. Either choice is fine, but at least back it up with some substance. If you want to bust out your predictions, that would be fantastic. Hit up the comments and have fun kids.