For most players, the distance on the shots I am about to show you would not be acceptable. Eric Gordon, however, doesn’t fit into that category. He’s shooting 44.6 percent from behind the arc this season and nearly 50 percent from the field. In other words, if he’s open, he should shoot. Case closed. Here’s a look at where Gordon was set up for his four made three’s in Tuesday’s 78-64 win at Michigan: 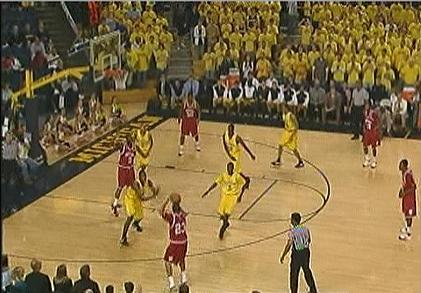 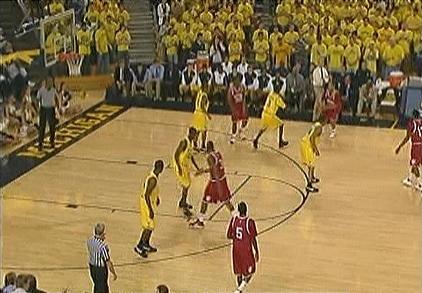 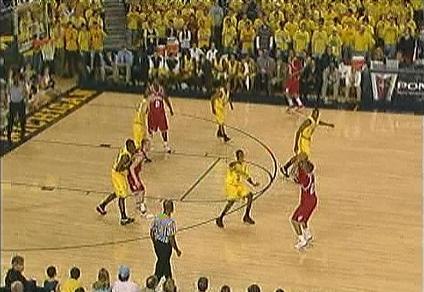 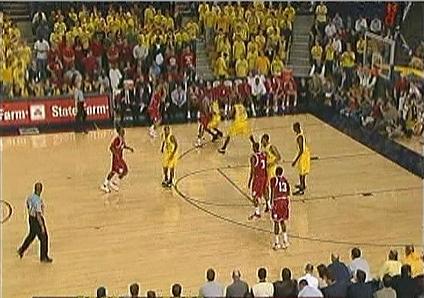 For your reference, the three-point line is 19-9 and the NBA line is 23-9. Indiana’s had its fair share of shooters: Calbert Cheaney, Brian Evans, A.J. Guyton, Roderick Wilmont and Kyle Hornsby immediately come to mind from my days of watching the Hoosiers. My question to you, ITH faithful: Is Gordon the best shooter you’ve seen in the Cream and Crimson? If not, who is? Your thoughts are welcome in the comments.