Now that I’ve had 36 hours to regroup from the loss to Xavier on Saturday evening, I found it appropriate this morning to take a look at the film. There were plenty of pivotal moments to choose from, but the fastbreak dunk by Derrick Brown that resulted in a broken net took the cake. 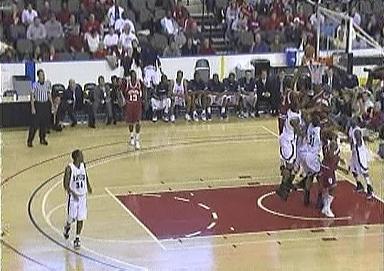 1. A somewhat wild shot by Armon Bassett is tipped unsuccessfully by D.J. White. 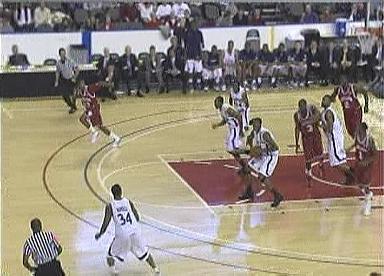 2. After the tip by White, Derrick Brown tips the ball and then grabs the rebound. Brown immediately looks for Stanley Burrell. 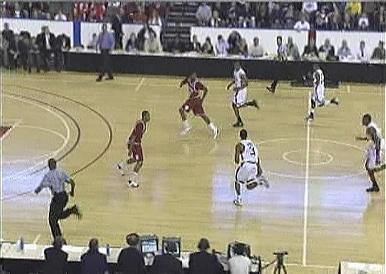 3. Burrell moves the ball to the center of the court to force Eric Gordon to stop the ball. You will notice four white jerseys and only two red jerseys. Which begs the question: Where’s the help? 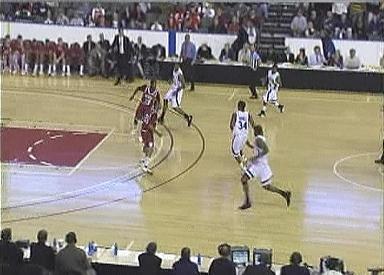 4. Still no sign of help for Gordon or Jamarcus Ellis, but Brown is ready to fill the lane. I can understand Big Dre and D.J. maybe being a little late getting back, but where is Armon? 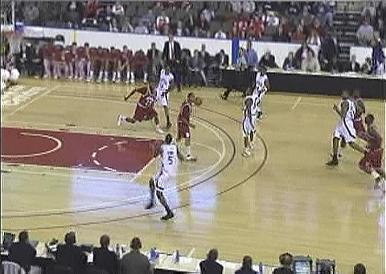 5. As Gordon tries to stop the ball, Burrell dishes off to Brown. 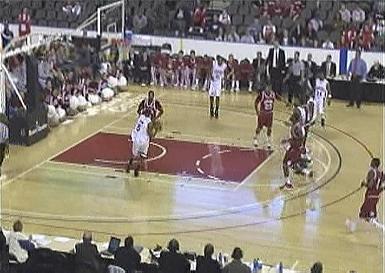 6. Ellis tries to step in to take a charge, but it’s too late. Brown is ready to take off. 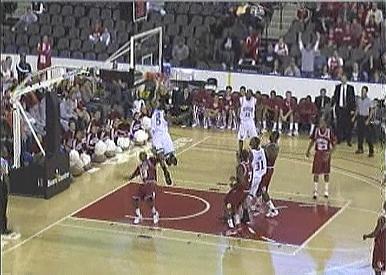 7. Ellis tries (unsuccessfully) to take a charge and Brown gets the dunk plus a free throw. (Fans are also treated to the longest delay in college basketball history for a broken net.)