Taking the Wonk to task on Eric Gordon 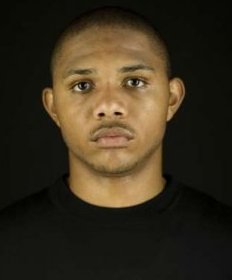 John Gasaway, formerly of Big Ten Wonk, has shifted over to Basketball Prospectus this season and yesterday offered his breakdown of the Hoosiers and the Big Ten. Gasaway had plenty of praise for our Hoosiers, but ultimately picked them to finish third in the conference behind Michigan State and Wisconsin.

While I agree with a lot of what Gasaway offered up, some of his comments regarding Eric Gordon and what he’ll bring to Assembly Hall were hard to agree with.

Gordon is widely assumed to be on track for a one-and-done career in Bloomington. If this is indeed the case, he’ll be doing well during his brief stint in an IU uniform to perform at the level set by Wilmont last season. No one paid much attention, but Wilmont took a lot of shots and had an outstanding year in 2007. In fact, the even more impressive year that Drew Neitzel had on offense for Michigan State last season could be summarized as simply “Wilmont plus assists.” This year Wilmont’s shots will fall to Gordon; Hoosier fans should be thrilled if Gordon hits about 40 percent of his threes and takes obsessively good care of the ball, as did Wilmont. Same performance, way more hype–it could happen.

No offense to Wilmont, but I disagree that EJ will be doing well to “perform at the level set by Wilmont last season.” While Rod had a stellar season at 12.6 ppg, he was mainly a perimeter threat. The fact that he only got to the foul line 53 times tells you that he really never attacked the basket consistently. For a point of reference, Joey Shaw shot 62 free throws.

Gasaway is failing to recognize perhaps the most important piece of Gordon’s game: His ability to get into the lane and score the basketball. This really makes me wonder: How closely has Gasaway followed Gordon’s game? Has he ever seen him play? My guess would be probably not. Expect IU’s free throw attempts to go way up this season. These attempts will not just come from Gordon, but from other players who will get opportunities from defenders collapsing due to his penetration. Not to mention all of the open jump shots created on the perimeter when Gordon kicks it out.

So, am I off base here? Should we really not expect much more than a Wilmontesque performance from our boy this season? What do you say, ITH faithful…