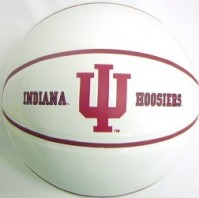 – I’ve noticed a few comments on this blog and on various IU message boards across the Web asking what effect, if any, Tom Pritchard’s commitment to IU will have on Tyler Zeller and Kevin Jones.

First off, I don’t think Pritchard’s commitment is a sign that IU isn’t going to land Zeller or Jones. I’m not saying that they’ll land either guy because I think it’s still totally up in the air. But I think some of the comments trying to link the Pritchard commitment to the sentiment that we’re not getting Zeller or Jones are off base. Rest assured, both guys are at the top of IU’s wishlist.

As far as the scholarship numbers go, the Hoosiers appear to be fine in that department. D.J. White, A.J. Ratliff, Mike White and Lance Stemler are all seniors. You’ll also have Kyle Taber’s scholarship freed up after the season. (Taber has Ben Allen’s scholarship for the upcoming season.) And one has to think there’s a good chance that Eric Gordon’s grant could also become available based on his NBA potential. That would be at least six available scholarships, assuming Gordon goes pro, and as of today there are four committed players for 2008.

– Hats off to Jeff Rabjohns for his coverage of the Tyler Zeller recruitment. Rabjohns has a story today with an update on Zeller’s trip to Chapel Hill this past weekend. {Indianapolis Star}

– Madisonville (KY) guard Jon Hood recently visited IU on an unofficial visit. Hood shot up the rankings this past summer and is the No. 39 player in the 2008 class according to Rivals. Hood will attend Kentucky’s Midnight Madness next month. {C-J Recruiting Blog}