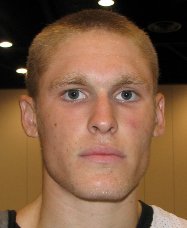 I just got finished talking with Dave Telep, the National Recruiting Director for Scout.com, about a variety of IU recruiting topics. I encourage you to check out Dave’s work at Scouthoops.com.

Over the next few weeks I’ll have quite a bit of information and quotes from my talk with Mr. Telep, but for now, here’s what he had to say about Derek Elston’s commitment to IU:

“We don’t have a tremendously long book on Derek Elston, but in the limited viewings that I saw of him I liked that he was a guy that was willing to stick his nose in there, fight for rebounds, had enough skill where he could play facing the basket and just really had the look and feel of a solid Big Ten prospect. He made our Top 75 and we’re talking about a guy who had great rebounding numbers, solid scoring numbers and you expect both to go up in his junior year. He clearly was a priority recruit for a lot of Big Ten programs. I think its a very good commitment and I’m going to continue watching him, he’s got half of his high school career left.”