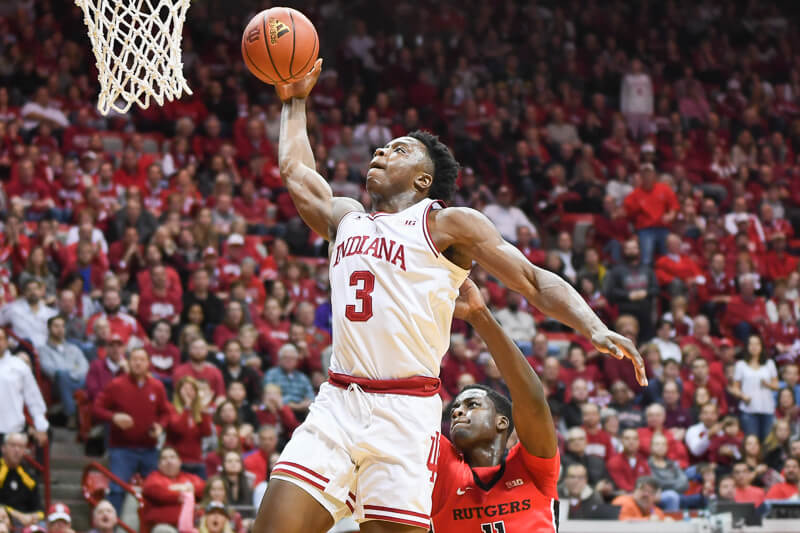 Quick thoughts on a 76-57 win over the Scarlet Knights:

How it happened: Save for a suspect start from Indiana, Sunday’s matinee at Simon Skjodt Assembly Hall went just about as expected. After Rutgers raced to a 15-6 lead with 14:26 to play in the first half, Indiana outscored the Scarlet Knights 35-17 the rest of the half to claim a nine-point halftime lead. From there, the Hoosiers were good enough defensively to overcome a poor 3-point shooting game and a below average offensive output to win comfortably. It was a much needed victory for Indiana, which moved to 12-6 overall and 2-3 in Big Ten play. With three of its next four games on the road, the Hoosiers have to hope they’ll be able to use this win as a springboard into a critical stretch of the conference schedule.

Standout performance: Sophomore OG Anunoby came off the bench to score 11 points (4-of-8 shooting). But that wasn’t the most impressive part of his stat line. The 6-foot-8 forward had seven steals to go along with three rebounds and two assists. It was the most steals in a game by an IU player since Michael Lewis had eight in 1999.

Statistic that stands out: For the first time in Big Ten play, Indiana held an opponent under one point per possession. Rutgers scored just .77 points per possession in the loss. The Scarlet Knight came in averaging .82 points per trip in conference games.