At the buzzer: Indiana 76, North Carolina 67 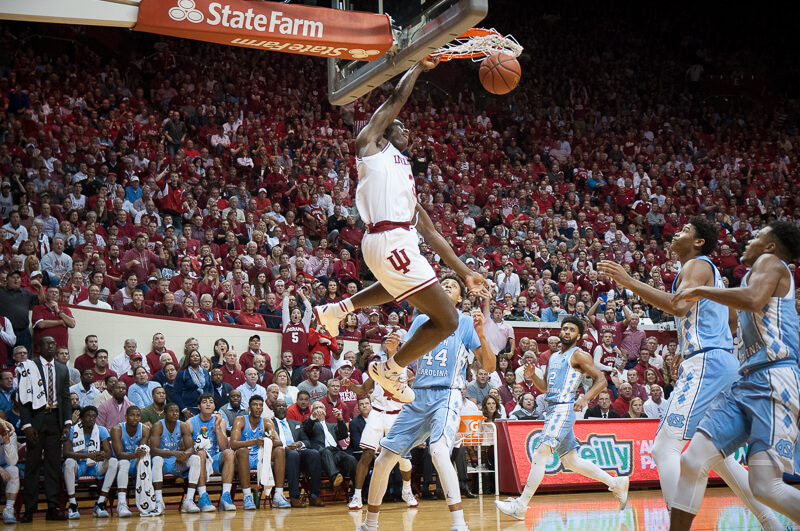 How it happened: This one lived up to the billing. Students lined up outside of Simon Skjodt Assembly Hall all afternoon. Kyle Schwarber and the 1981 national championship team were honored. Jim Cornelison amped up the crowd with a strong rendition of the National Anthem. And Indiana came out scorching hot, leading by as many as 17 points in the first half. It was the Hoosiers, not the Tar Heels, who were the aggressors from the onset. And save for a lapse in the second half where North Carolina cut the lead all the way down to four, Indiana controlled this game throughout. The end result was Indiana’s second signature win in the month of November over one of the nation’s elite teams.

Standout performance: Sophomore OG Anunoby was terrific, but his night was cut short as he went down with an apparent ankle injury late in the game following a dunk. In 29 minutes, the sophomore forward scored 16 points (on 6-of-8 shooting) and pulled down five rebounds.

Statistics that stands out: Indiana limited the nation’s No. 3 offense, which came in averaging 1.19 points per possession, to .94 points per trip on Wednesday night. The Tar Heels managed an effective field goal percentage of just 44.3, nearly 12 percent below their season average coming in. UNC also managed just eight second chance points.