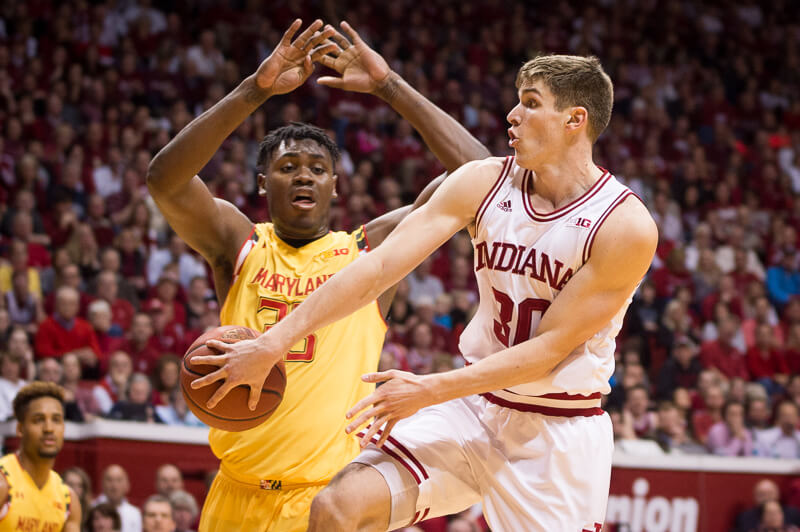 Quick thoughts on an 80-62 win over Maryland:

How it happened: Tom Crean told his team in the aftermath of Tuesday’s 81-78 win at Iowa that this group wasn’t going to allow its senior walk out of Assembly Hall for the last time without their heads held high. Indiana made good on Crean’s declaration on Sunday afternoon. After a slow start in which Maryland knocked the Hoosiers back on their heels and opened up eight point lead, Indiana kicked things into high gear in the regular season finale. The ball moved, the Hoosiers made several ridiculous plays and the result was a mauling of a team that has been ranked in the top 10 for most of the regular season. The win capped an undefeated season for IU at Assembly Hall and a 15-3 conference record. Indiana not only won the Big Ten, but the Hoosiers won it by two games.

Standout performer: It was quite the afternoon for junior Troy Williams, who helped Indiana extend its 11-point halftime lead early in the second half by relentlessly attacking the basket in transition. Williams finished with a game-high 23 points on 7-of-14 shooting.

Statistic that stands out: Indiana’s defense limited Maryland to just .98 points per possession, the 12th time the Hoosiers held a Big Ten opponent under one point per possession in league play. As good as IU was on offense all season in league play, the defense was what allowed this group to win the Big Ten crown. 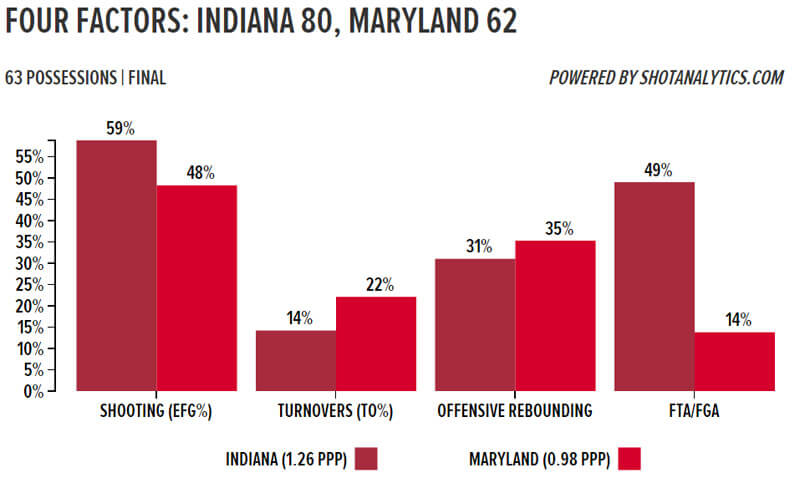