No shortage of visitors expected for IU-Michigan 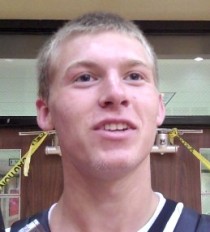 When IU (3-0) and Michigan (4-0) kick-off Saturday at 3:30 on ESPNU, Tom Crean and his staff are expected to be in the midst of hosting one of the most impressive list of visitors on a single weekend since Crean’s arrival in Bloomington.

(Edit: Cody Zeller will also be in Bloomington, according to a message board post by Mike Pegram on Peegs.com. Zeller is scheduled to take his first official visit, to Butler, next weekend.)

Park Tudor’s Kevin “Yogi” Ferrell, a frequent visitor to Bloomington, could also attend but homecoming at his high school may prevent that from happening.

Ferrell and Perea were both in Bloomington last weekend for IU football’s 35-20 win over Akron.

2014 commit James Blackmon Jr. will be participating at the John Lucas Basketball Resources Midwest Invitational Camp in Louisville this weekend.