Preseason accolades continue to pile up for Hoosiers 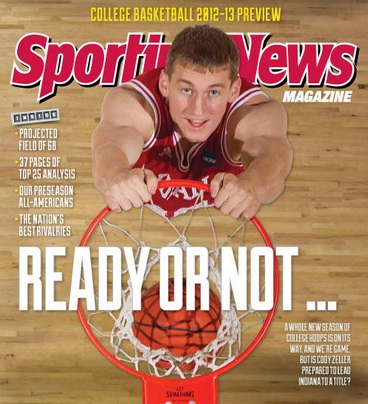 What a difference a year makes in Bloomington.

Last fall, only one publication — The Sporting News — picked Indiana to finish in the top six of the Big Ten. But after a 27-win season, a run to the Sweet 16 and the return of their five leading scorers, the Hoosiers are nearly the unanimous pick for preseason No. 1 in the seven early top 25’s that are out to date.

Athlon Sports, Basketball Times, Blue Ribbon College Basketall Yearbook, ESPN.com and The Sporting News all have Indiana No. 1 in their top 25’s.

CBSSports.com and Lindy’s Sports have the Hoosiers at No. 2. CBSSports.com has Kentucky No. 1, while Lindy’s prefers Louisville in the top spot.

Along with the lofty team rankings, several individuals on IU’s roster are also receiving recognition nationally.

Christian Watford is a preseason second team All-Big Ten selection by Athlon Sports and is on the third team in Lindy’s.

Victor Oladipo joins Watford on the Lindy’s preseason third team All-Big Ten and is also listed as the “most entertaining” player in the Big Ten. Jordan Hulls is mentioned by Lindy’s Sports as the Big Ten’s top shooter.

Freshman guard Yogi Ferrell was named a preseason freshman All-American by The Sporting News and Lindy’s Sports calls Ferrell the freshman who will have the most impact in the Big Ten.

Obviously these types of rankings and accolades disappear from the forefront once the season begins on Nov. 9, but with the start of practice less than two weeks away, do you agree with the lofty national expectations for this team?